We were four friends from Denmark visiting Florida and before we even bought the plane tickets we KNEW we had to go on an airboat trip on the Everglades. Not exactly sure what to expect at first but after the trip ended we all agreed that it had been by far the VERY BEST experience in the states! At first we worried that we would not even see any animals (many folders make promises they can’t keep) but that quickly turned out to be the exact opposite – we saw the first alligator about 5 minutes in. Secondly, we worried that there would be too many people on the airboat but we were only the four of us + the tour guide. And how awesome was it that our guide wrestled alligators for at hobby and really made knew what he was talking about. I personally always end up asking a whole bunch of follow-up questions and not once did he not know the answer – but he was also very easy-going and took his time to tell us all we wanted to know. In addition, we were so ‘lucky’ to get stuck in the shallow lake (yes, it is a lake, not a swamp) and so my husband got to sit on the drivers seat for a short while which he’d secretly been dreaming of I think. All in all the PERFECT trip and I can only say ‘go go go’ if you are not quite sure yet. Only negative thing I can think of would be the fact that I don’t think the very beautiful colourful bird we met is supposed to eat chips 😉
Visited May 2014 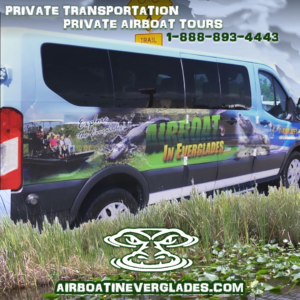 Hmmmm you’ve read this much, read more and book with us.